This Virtual Dojo segment comes from old article of Mr. Heilman's from the mid 1980's. The article was published in both the States, and Italy and dates back from Mr. Heilman's "kyoshi" days. 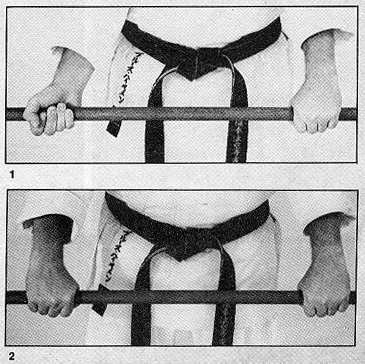 These photos introduces the reader to the two basic bo grips. The top photo shows the "normal grip" primarilary used for striking, thrusting, poking and blocking. the secondary group called the "reverse grip" (bottom photo) is used primarily for blocking and an occasional strike or thrust. 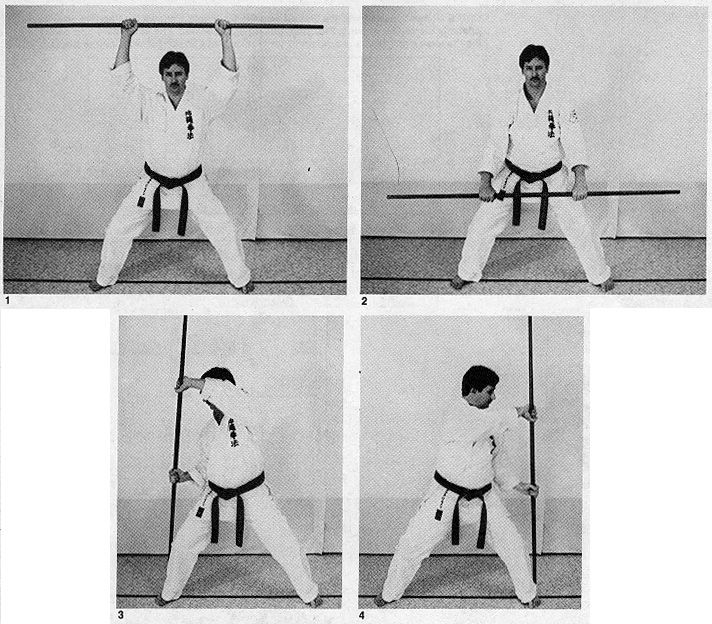 BASIC BLOCKS -The four basic level blocks include the overhead block (1), the downward block (2), the right side block (3), and the left side block (4). As you will note, the basic level blocks are performed in "thirds" - its easier to start and utlization of this type of block would be against a verticle or horizontal celterline attack. 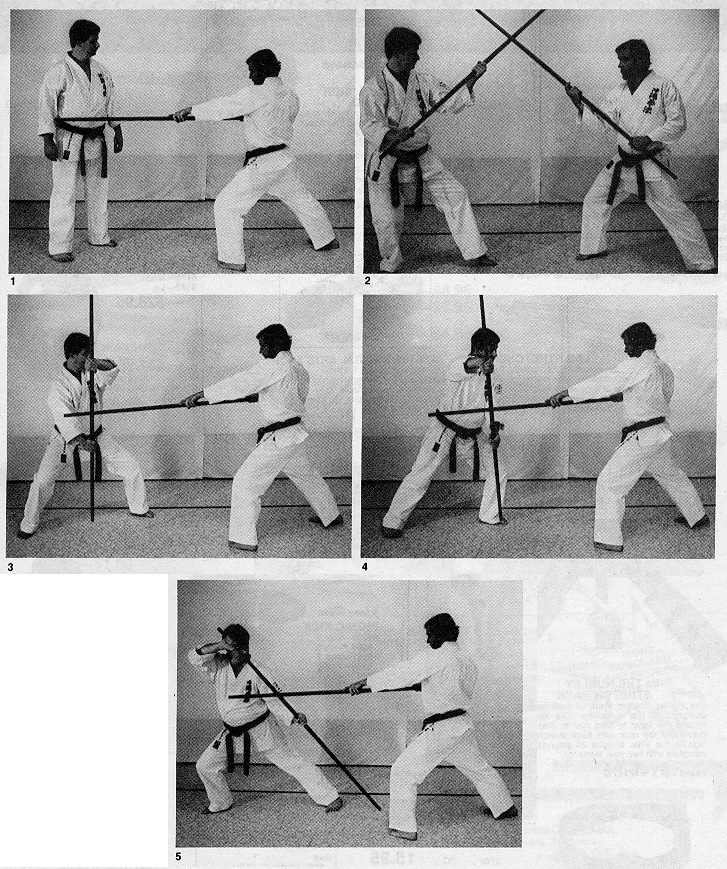 SIDE STRIKE ATTACKS - The next type of attack / defense situations we will address is the dside strike attack (1). From the ready position (2), the attacker executed a side strike with the bo. Defensive options include: a diagonal side block (3), a front facinfg side block (4), and a reverse direction side block (5). 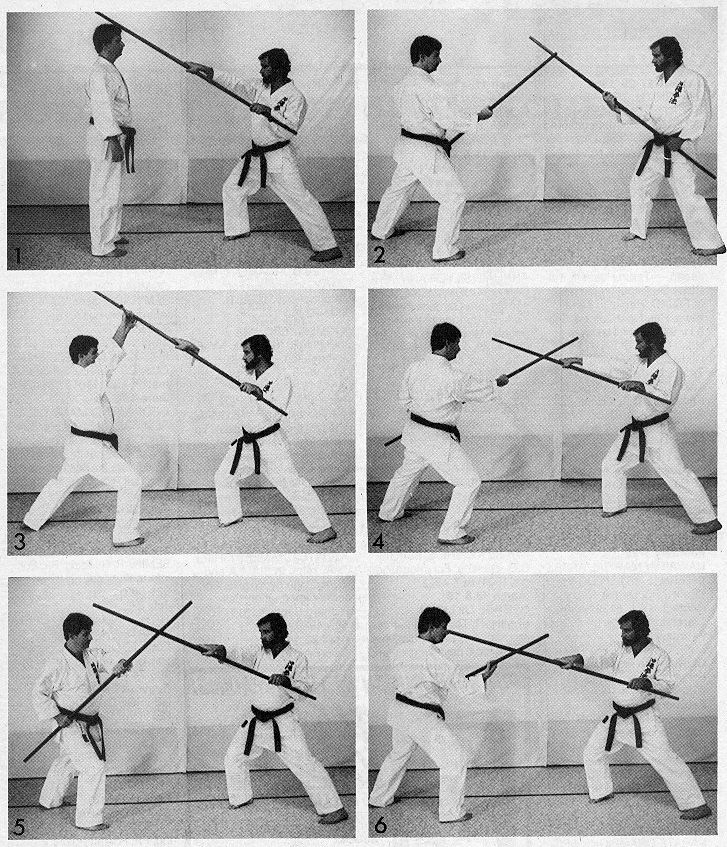 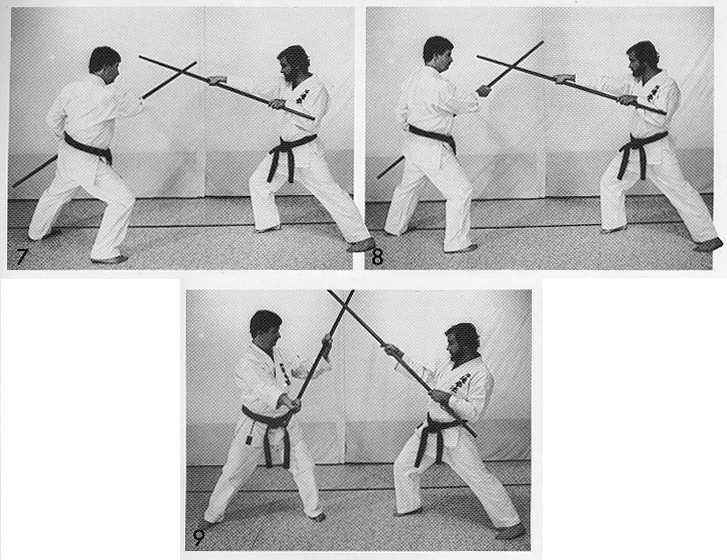 OVERHEAD ATTACKS - This set of photos demonstrates typical blocks suitable for use against an overhead attack with the bo (1). The blocking examples use both stationary blocking options. From a ready position (2), the attacker executes an overhead attack. blocking options include: the overhead block (3), the outside parry (4), the inside parry (5), the upper side (6), the reverse side (7), the upward inside parry (8), and the upper outside parry (9). Note that some of the blocks are worked in "thirds" while others use the full range of the weapon for a greater blocking surface.

Back To Virtual Dojo Archives


Back To Main Home Page